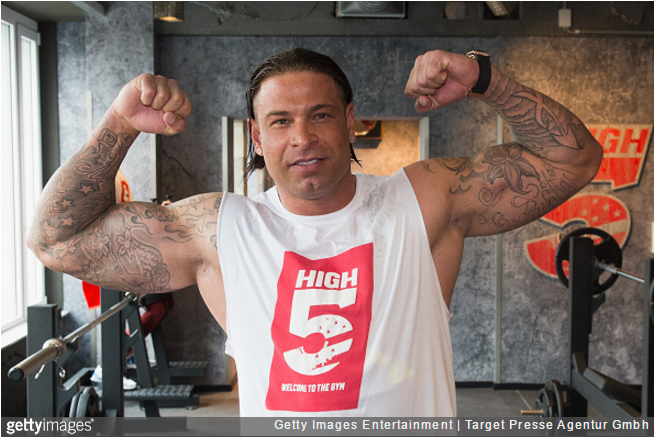 Glory be, for the day that was promised is now finally upon us. Tim Wiese, formerly of German goalkeeping fame, is now a full-time WWE employee.

Having completed his transformation from Hoffenheim ‘keeper to looking like a large, bulbous orange leather sofa, Wiese has accepted an offer from Paul ‘Triple H’ Levesque (who currently serves as the WWE’s vice-president of talent) to join their Performance Centre in Florida for an “extended period of training”.

Wiese previously appeared at a WWE live event in Frankfurt in November 2014 but things had appeared to cool off on the wrestling front since then.

However, after refusing to give up on his dream of working in his pants, the 34-year-old behemoth has succesfully grafted his way back into the reckoning…

The plan is to now get Wiese trained up and ring-ready by the time the WWE return to Germany on tour in November of this year.

“He continues to be very vocal in his desire to prove that he has what it takes, and he has shown tremendous resilience and determination to create an opportunity for himself.

“This is his break to walk his talk. If all goes well in Florida, he will get his chance in the ring.”

Der Bundesbeefcake is coming for you, brotha!