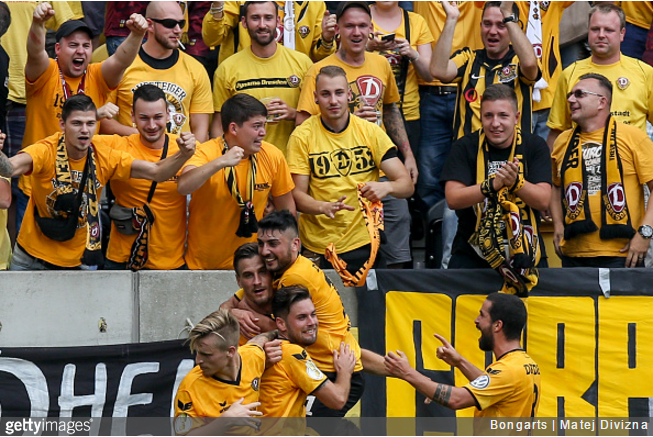 Saturday’s acrimonious German Cup match between bitter rivals Dynamo Dresden and Red Bull Leipzig was momentarily interrupted when a lump of livestock was hurled onto the pitch.

The two sides, who share a long and caustic history, met at Dresden’s stadium in the first round of the DFB-Pokal, with the home fans once again letting their collective disdain for Red Bull’s sell-out corporate bank-rolling be known to all.

This all came to a rather literal head (ahem) when a severed bull’s kopf was thrown in the general direction of the pitch from among the Dresden fans.

THE SQUEAMISH AMONG YOU SHOULD CONSIDER THIS YOUR FINAL WARNING. 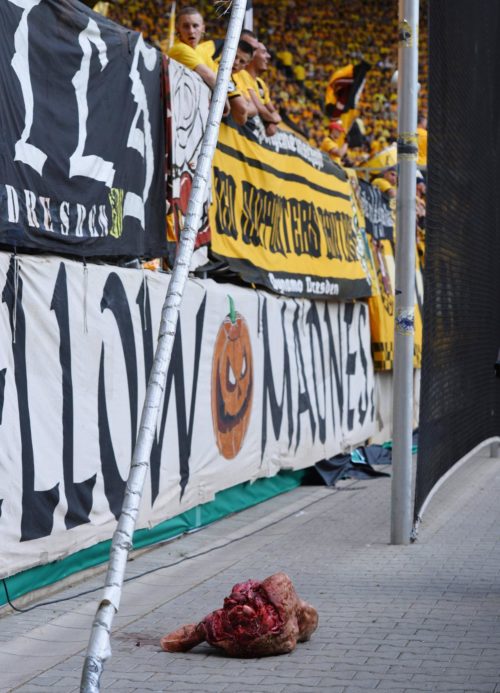 It’s no good you asking, because it would appear that absolutely nobody knows how an entire, freshly-butchered bull’s head was smuggled past stadium security before eventually making its way pitchside.

We can only assume that the German Football Association (DFB) will be keen to have a little look into this.