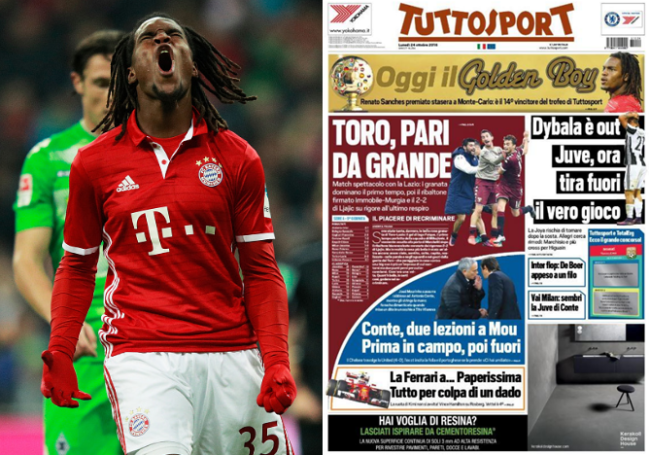 Renato Sanches has pipped the likes of Marcus Rashford, Alex Iwobi, Dele Alli and Demarai Gray to be crowned as the winner of the 2016 Golden Boy award.

Despite the naff name, the Golden Boy is a fairly prestigious award, with the annual shortlist comprising of the 40 best players under the age of 21 (and registered at European clubs) according to Italian newspaper Tuttosport.

Indeed, after collating votes from journalists all over Europe, it was left to Tuttosport to announce the 19-year-old Bayern Munich midfielder as the 2016 winner in their morning edition today.

After starring for Portugal in their Euro 2016 win over the summer, Sanches made the leap to Bayern where he has continued to impress at the heart of the team.

As such, he now breathes rarefied air, with past Golden Boy winners including Paul Pogba, Wayne Rooney and Lionel Messi.