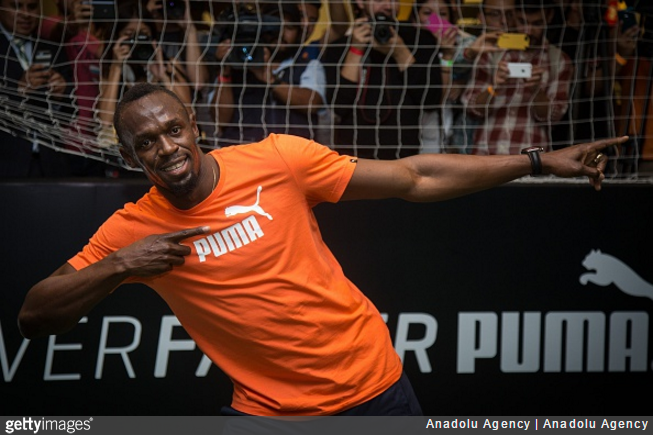 Borussia Dortmund have confirmed they plan to allow Usain Bolt to train with them and that the ploy is in no way, shape or form a cynical marketing move.

It was reported by the Guardian over the weekend that Bolt had asked to practise with Dortmund, with many instantly writing if off as some form of Puma PR collusion.

However, Dortmund’s chief executive, Hans-Joachim Watzke has since confirmed that it is “no joke” Bolt (who has openly flirted with Manchester United several times in the past) wants to train with the Bundesliga club, though the reality will be a little less formal than initially thought.

We decided this some time ago. Puma CEO Bjorn Gulden, who is member of our board, has told us that Usain is highly interested in practising with us.

For us that’s no problem. Our coach Thomas Tuchel likes the idea as well. Of course he won’t visit us in an important week with Champions League matches but maybe in the pre-season.

We are delighted and take this as an honour.

Asked if Bolt could have a future as a pacy winger at Dortmund, Watzke replied: “We don’t even need to talk about it.”

We’re going to go ahead and take that as a resounding ‘no’.