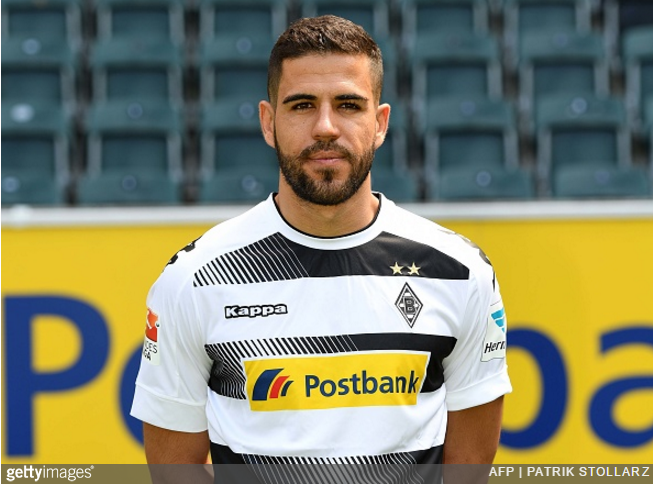 Alvaro Dominguez is mulling over bringing legal action against former club Borussia Monchengladbach after injury forced him to retire from football at the age of 27.

The Spanish full-back reluctantly called time on his career last week after struggling to overcome a back problem that has plagued him for the last two years.

Having failed to fully recover despite undergoing two major operations in the space of 14 months, he is now accusing Monchengladbach of failing to take his condition seriously.

Pouring his heart out to MARCA, Dominguez claimed that his life at Gladbach “became a nightmare” and that he is now weighing up suing the German club for medical negligence:

I’m considering every option and I’m in the hands of good lawyers in Germany.

The club never informed me of the seriousness of my injury. I don’t need to win a court case, I just want them to recognise that things weren’t done right.

They haven’t recognised their mistake, nobody has apologised to me. I just hope that by telling my story I can help other sportsmen.

Dominguez joined Monchengladbach from Atletico Madrid on a five-year contract in 2012, but his last senior appearance came in November of 2015.

Since February in 2015, I had strong pain that worsened every day.

I had an MRI and [Monchengladbach] told me not to worry, that it would go away.

Before a game in May, I was unable to walk. The doctor injected me painkillers and told me that it could happen to anyone.

I trusted him but I wasn’t even able to get on the plane so I went home.

I had some therapy but I was later asked to play again and I did.

I couldn’t move after that and the [club] doctor told me that what I need was a holiday.

Dominguez claims that he then had private tests conducted on his back in Madrid which duly revealed he was suffering from a fairly serious issue.

I was surprised. The club never informed me about the seriousness of the injury. I returned to Gladbach.

I showed them the medical reports and they told me to start preseason, that they would treat me.

As soon as I finished playing, I would go home and get into bed as it was the only thing that alleviated the pain.

I was a professional on the pitch but off it I was an invalid.

After managing to struggle through 10 games at the start of the season, the defender was in so much pain that he went to see a specialist:

I went to see Dr. Wohlfahrt Muller and as soon as he saw the results, he told me I needed surgery right away.

I met the sporting director, the coach, the doctor and the [Monchengladbach] vice president and explained to them that what I had was very serious and that I could end up in a wheelchair if I continued to play.

I had three herniated lumbar disks. They asked me to postpone the operation until Christmas and I refused as I couldn’t even walk. I had the operation.

Dominguez then underwent a second surgery on his lower spine, knowing full well it would probably signal the end of his professional career.

Still, he is left to lament the lack of support he received from his former employers:

Above all there has been a lack of humanity. Through all this, the club wasn’t even paying me because under German law, after six weeks out injured, you only receive 20 percent of your wages which is paid by your private insurance.

That didn’t even cover my medical costs. The club only offered to pay 30 percent of the treatments.

I had the feeling that after giving everything to the club and going through so much pain when they needed me most, they had abandoned me.

Oh dear. If Dominguez’s claims are valid, then they really don’t reflect well on the Gladbach hierarchy.

That said, we fully suspect that we haven’t heard the last of this.