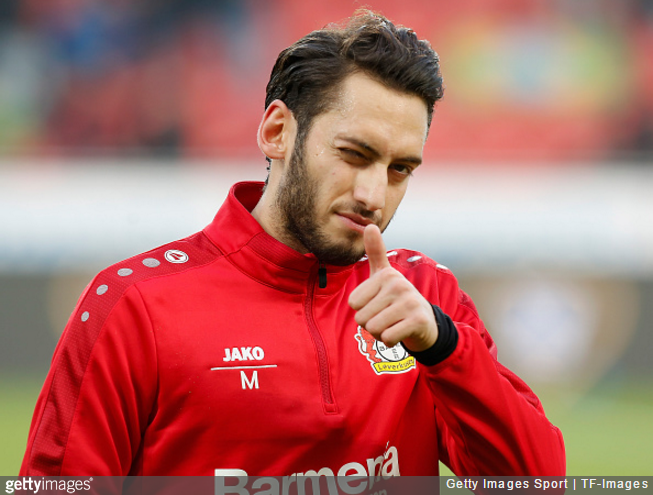 Bayer Leverkusen are going to have to do without the services of Hakan Calhanoglu for the rest of the season after the midfielder was handed a four-month ban for breaching his contract.

Specifically, Calhanoglu has been punished for breaching a contract he signed with Turkish side Trabzonspor when he was just 17-years old.

Playing for German third division side Karlsruhe at the time, Calhanoglu signed a €100,000 pre-contract deal to join Trabzonspor in 2011 only to renege and extend his contract with Karlsruhe instead.

He then signed for top-tier Hamburg in the summer of 2012 on the proviso that he would return to Karlsruhe on loan for the 2012/13 season – duly helping them win promotion to the 2. Bundesliga.

Trabzonspor initially began legal proceedings to recoup their €100,000 as well as €1million in compensation, but today both FIFA and the Court of Arbitration for Sport (CAS) have decided that the repayment of €100,000 and a lengthy ban for Calhanoglu would suffice.

The moral of the story? Don’t sign anything until you’re a proper, fully-functioning grown-up.