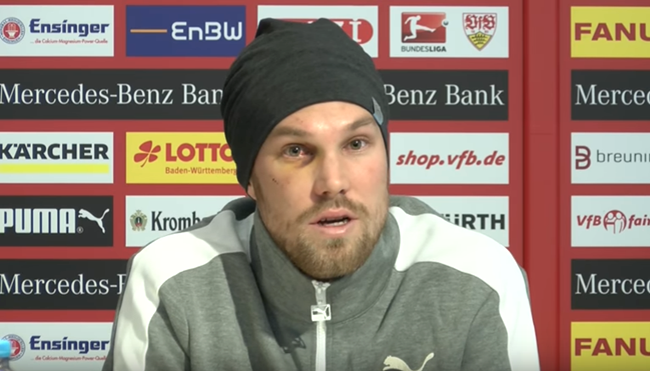 VfB Stuttgart have terminated the contract of Kevin Grosskreutz after the midfielder got himself beaten up on a recent night out in the German city.

Grosskreutz and a small group of friends, reportedly members of the Stuttgart youth team, were mauled by a gang of teenagers after leaving the Perkins Park nightclub at around 2:15am on Monday night/Tuesday morning.

The 28-year-old, who is technically a World Cup winner by virtue of being a non-playing member of Germany’s victorious 2014 squad, duly ended up in hospital with a bruised face and a bad laceration on the back of his head.

Just three days down the line, Stuttgart, who are currently top of 2. Bundesliga, have released Grosskreutz back into the wild.

Speaking to VfB’s official website, head coach Hannes Wolf conceded that the club were left with no choice and that parting company was the “logical” course of action:

After the incidents, the only logical step is the ending of the collaboration with Kevin.

This is not a simple situation for us all. Nevertheless, it is important now that we shape the immediate future for VfB and concentrate as quickly as possible on our next game.

Grosskreutz gave an emotional press conference after the news broke, saying that he now intends to take a break from football to get his priorities back in order.

I want to calm down now and don’t want to have to do anything with professional football for the moment. Please leave me and my family alone.

I’ve made a mistake, I’m very sorry. I accept the consequences and regret my time at VfB so far.

I would like to thank the team, the staff and especially the fans, who have supported me well in the past days.

Video of the press conference is here, but you’ll want to turn the subtitles on in you’re not fluent in teary-eyed German…