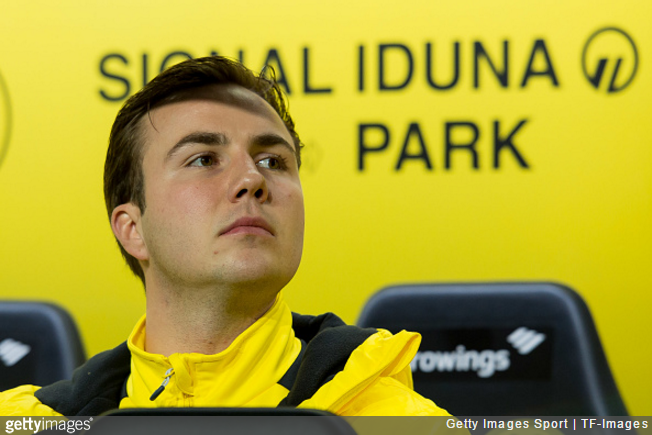 Borussia Dortmund have confirmed that Mario Gotze will not play again this season as he continues receiving treatment for the metabolic issue that has blighted his season so far.

Gotze, who has managed less than half an hour on the pitch since the turn of the year, was diagnosed with what Dortmund called “metabolic disturbance” last month.

In a follow-up statement issued today, the club have announced that they are hereby ruling the 24-year-old forward out of contention until the start of the 2017/18 campaign at the earliest.

If he responds positively to treatment, Götze can start back training in early summer. The player is currently undergoing rehab and an individual training programme.

The long term target for the player is to be fully fit and ready to play for the start of next season.

Alright Hans-Joachim, no need to boast.