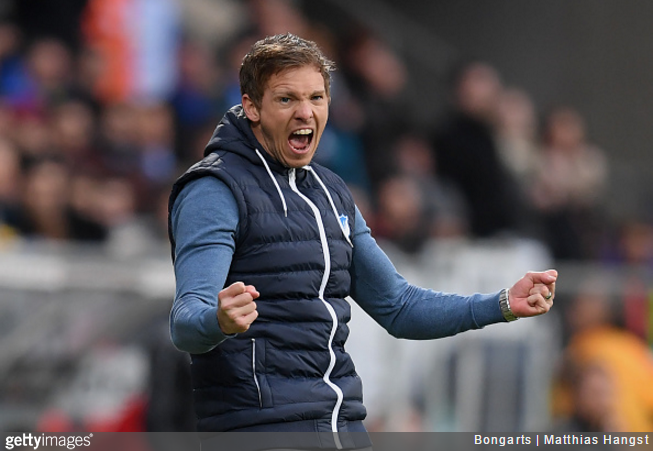 Despite being little more than a foetus in a body-warmer, Julian Nagelsmann has been awarded the Trainerpreis des Deutschen Fussballs 2016 – German Coach of the Year award – after a sterling first full season in the Hoffenheim hotseat.

Nagelsmann was only 28 when he was fast-tracked into the Hoffenheim management role last February, becoming the youngest head coach in Bundesliga history in the process.

Having come up through the club’s youth sides and served as an assistant with the first-team, Nagelsmann was thrust into the top job when former boss Huub Stevens was forced to step down on health grounds.

He then successfully staved off relegation last season before guiding his team up into the Champions League spots. Indeed, Hoffenheim are currently fourth place in the German top flight, just one point behind Dortmund in third.

Having picked up his award at the ceremony in Neu-Isenberg, Nagelsmann told ESPN FC:

That such an honour is given to me as a rookie nearly makes me speechless, and that happens rarely.

For the record, the Trainerpreis des Deutschen Fussballs award is usually doled out to honour outstanding coaching at academy level.

Given Nagelsmann’s start to his senior career, the 2016 trinket probably counts as a nod to his entire prodigious CV to date.