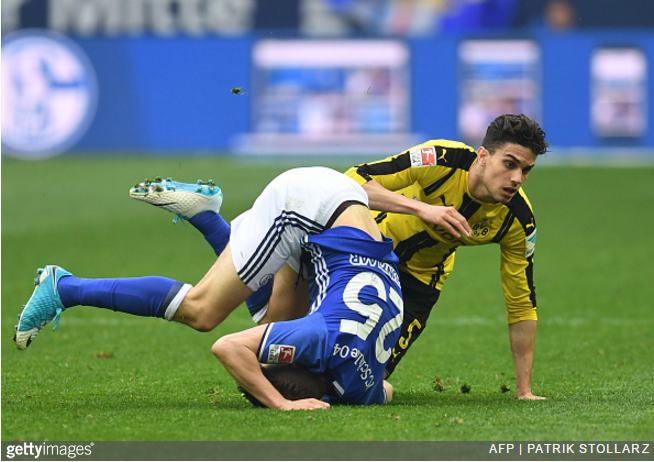 Saturday saw Schalke 04 welcome local acquaintances Borussia Dortmund to the Veltins Arena for the Ruhr derby, which eventually played out as a 1-1 draw.

However, the breakout star of the game was the one lone Dortmund fan who managed to find herself stranded amid the home fans and an endless sea of blue shirts… 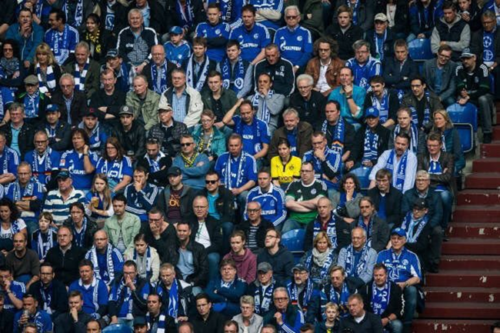 Indeed, Dortmund defender Marc Bartra was so enamoured by the circumstances that led to the photo that he launched a personal Twitter search to track down the fan in question.

Using the #SheLovesBVB hashtag, the Spaniard asked his social media acolytes to help identify the supporter so he could present her with a match-worn souvenir for her troubles.

I want to meet this woman! Will you help me find her? I wanna gift her my shirt! Help me with RT + hashtag #SheLovesBVB @BVB #EchteLiebe 🙌🏼🐝 pic.twitter.com/ETh6cIJteR

Less than 24 hours later, bingo – Bartra managed to get in touch with the woman.

In fact, she turned out to be Steffi, a Dortmund fan who is married to a Schalke-supporting husband, hence the sub-optimal seating arrangement.

Yesss!!🔔 🎯💥👏🏼 Thanks to everybody: fans, media… all of you! We’ve found our brave supporter! A promise is a promise, see you soon Steffi! pic.twitter.com/Cl2aXvWhGJ

Sure enough, having ferreted out his mystery fan, Bartra once again promised to keep up his end of the bargain, implying that a signed shirt was in the post.

How simply wunderbar of him!