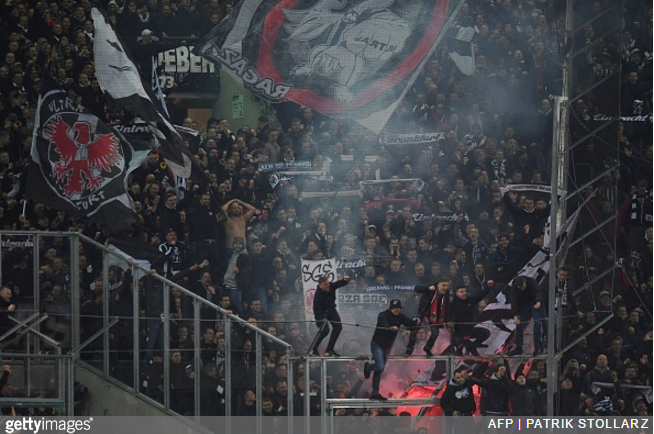 Borussia Monchengladbach were knocked out of the DFB Pokal semi-finals on Tuesday night after losing on penalties against Eintracht Frankfurt on their own turf.

However, the real drama came before kick-off when Gladbach ultra group Sottocultura revealed that the enormous pre-match choreo they had been planning to perform had been scuppered by the club’s cleaning service.

Indeed, in a message posted on their Facebook page, Sottocultura announced that the stadium cleaners had accidentally destroyed a vast “block flag” banner that was “nearly 3,000 square metres in size and cost many thousands of Euros”.

On the day before the game, our already finished choreo was destroyed in the stadium by the cleaning service.

The expensive block flag was so irreparably damaged that the execution of the choreo under any circumstances was no longer possible. 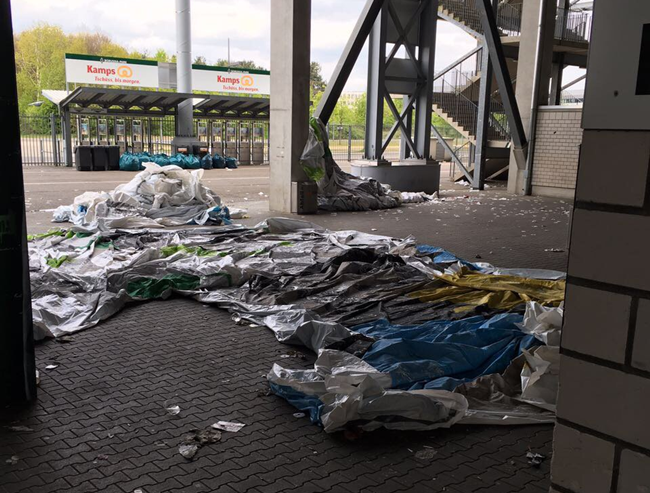 According to Sportbuzzer, the cleaning service responsible duly announced that they had not received any prior information from the club about choreo materials.

We are usually kept informed about such cases as these.

Of course, we regret what happened.

Either way, if you’re cleaners are leaving messes like that lying around the place, then perhaps it’s time to put the contract out to tender.