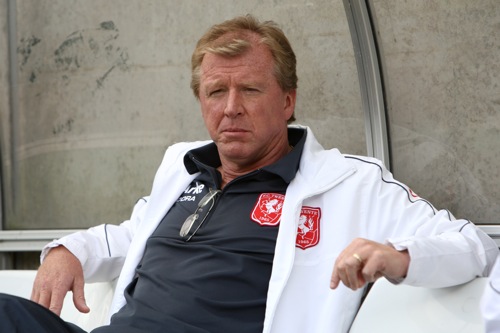 McClaren’s FC Twente won the Eredivisie this weekend, for the first time in its history, pipping Ajax by a point. It’s a remarkable rehabilitation for the much-mocked Englishman, whose career was in tatters when England failed to qualify for Euro 2008. The poisonous British media turned him into a laughing stock – at the time, I’m sure I joined in – like so many other ex-national bosses (Hoddle, Turnip Taylor, Sven etc.).

I couldn’t be happier for Schteeve – so few English players and managers have the balls to test themselves abroad (this narrow-mindedness infuriates me – I’m also convinced it contributes to our failures on the international stage), but McClaren did and it has paid off for him in spades. Respect.

“Winning a title in a foreign country with foreign players and coaches feels very special,” McClaren said after Twente beat NAC Breda 2-0 on Sunday to clinch the title.

McClaren’s stock has never been higher. He has been tipped for a move to Germany, as the permanent replacement for Wolfsburg interim boss Lorenz-Gunther Kostner. As much as Twente fans will want him to stay, I hope he does end up in the Bundesliga – I can’t wait to hear his cod German accent.

And yes, he still has a trace of that krazy Dutch accent: