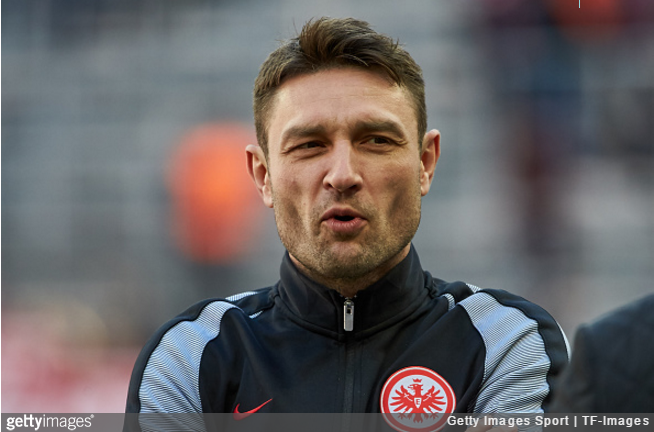 Eintracht Frankfurt coach Robert Kovac is being heralded as a hero after chasing down and apprehending a ne’er-do-well who mugged an elderly man outside a bank.

According to the Kicker, Kovac witnessed the thief steal money from a 72-year-old man as he left the savings bank and then proceeded to chase down the criminal.

Recounting the incident to the German magazine, Kovac said:

I went for a walk with my dog on Monday evening, and I noticed that someone was hiding in a bush in front of a bank, and when an elderly gentleman went to the bank, he immediately stood up. I watched him, I was suspicious, and then alarm bells sounded.

[After chasing the mugger down] I took him in a head-lock and dragged him down inside a restaurant.

The police were then called, the mugger was arrested and the money was returned to its rightful owner.

However, Kovac, who serves under his older brother Niko as an assistant coach at Frankfurt, admitted that he may not have been so courageous if the man had been a bit taller or carrying a knife.

At the moment, I just reacted. You have to prove your courage and help people in need.

In the aftermath, the police thanked the 43-year-old for his act of civic valour, with a spokesman remarking: “You can see how fit he (Kovac) is!”

Not all heroes wear capes, but some of them do wear tracksuit bottoms.