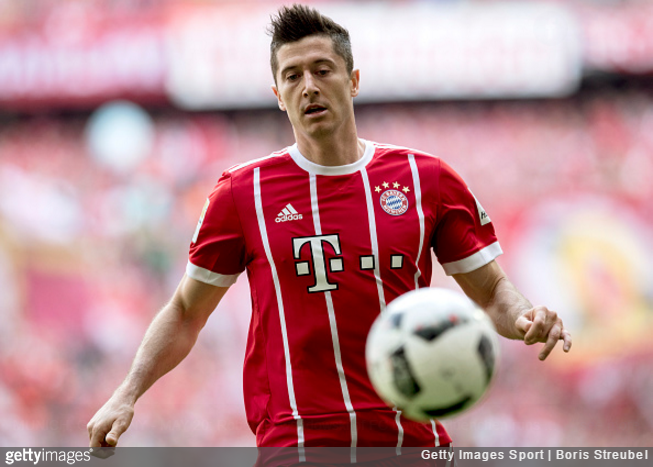 Robert Lewandowski has all but accused his Bayern Munich teammates of costing him the Bundesliga top goalscorer award this season.

The Polish striker finished 2016/17 with 30 league goals to his name, leaving him just one goal behind Dortmund rival Pierre-Emerick Aubameyang in the running for the Torjagerkanone – the ‘Goal Hunter Cannon’ award, as presented by Kicker magazine…

Despite Bayern winning the title by a million miles, the fact that he missed out on his individual prize still rankled with Lewandowki, who has blamed a lack of service for his very slightly inferior numbers.

While away on international duty with Poland, the 28-year-old told reporters:

It doesn’t hurt [to have missed out on the award] anymore, but it did at first.

Maybe because I wasn’t completely satisfied with the way my team helped me.

Immediately after the last game, I felt anger. I was disappointed with my team. That was the feeling I had.

How very magnanimous of him. Typical striker: Me, me, me.

Yes, it’s precisely that selfish mentality that has led him to become one of world football’s most predatory marksmen, but that doesn’t mean he’s not an annoying, conceited, self-obsessed little [redacted].

If only he’d have scored that gilt-edge, open-goal sitter against Werder Bremen on the opening day, eh?