As we’ve already seen, Hamburg’s 54-year stint in the Bundesliga came to a rather fraught end against Borussia Monchengladbach on Saturday when the German top flight’s only ever-present club were relegated for the very first time.

As a consequence, Hamburg’s famous stadium clock – which proudly displayed the cumulative amount of time the club have been playing first division football – will now have to be reset, which is understandably quite an emotional wrench.

However, rather amusingly, the fans over in the away section at the Volksparkstadion showed absolutely no remorse, even unfurling their own version of the aforementioned clock during the closing minutes of the fateful match.

Indeed, the Gladbach fans taunted their ailing opponents with a brilliantly spiteful little tifo that ‘ticked down’ to the final whistle and thus Hamburg’s demise…

Finding joy in the misfortune of others.

If only there was a German word that adequately encapsulated that kind of thing. 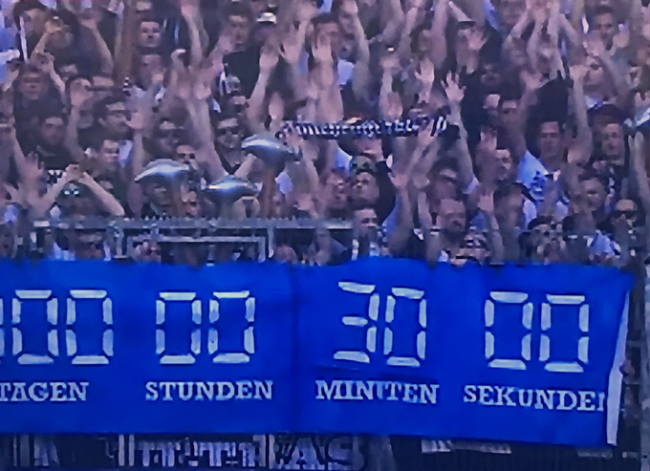