Burnley have faced heavy criticism after advertising an unpaid ‘opportunity’ at the club which sailed very close to ‘unpaid steward’ territory.

A call for ‘Match Day Hero Volunteers’ went out on social media on Tuesday morning, with the Clarets seeking to rope fans into performing a variety of tasks on match days without paying them a single groat in return.

As can be seen below, the Match Day Heroes would be responsible for welcoming fellow supporters to Turf Moor, guiding them to their seats, validating tickets upon entry to the ground and even dispensing accreditation to VIP guests – jobs you’d usually associate with, y’know, paid stewards. 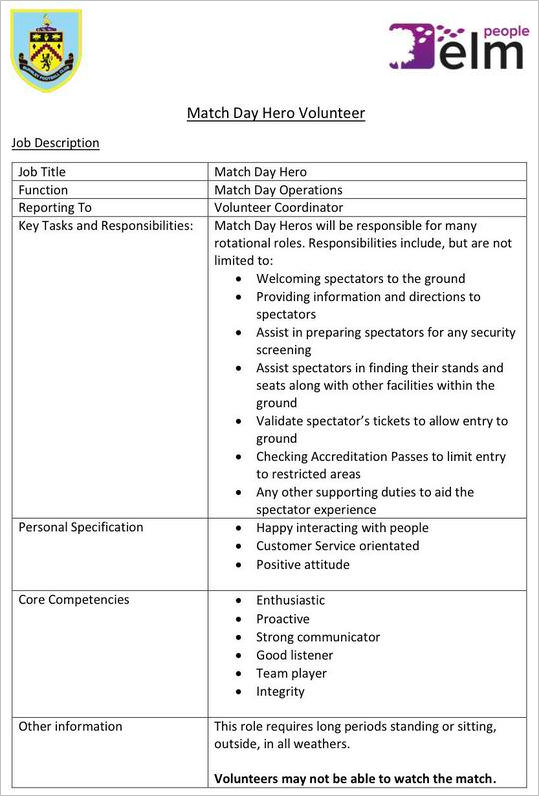 Of course, it wasn’t long before the backlash began, with people pillorying Burnley for attempting to milk their own fanbase.

Comments on social media ranged from denouncing the role as a “shameful” and “exploitative” ploy launched by a team who earn £95million a season just by virtue of being in the top flight.

“We’re a Premier League club (based) in an area that struggles economically at the best of the times. And you’re offering unpaid work. Bad, bad, bad idea. Pay them the living wage,” wrote one Twitter user.

However, the club have stood firm and defended the Match Day Hero role, claiming they were solely attempting to offer volunteer work to local people who are actively looking for it (quotes via Burnley Express):

It is important to understand that all across the country many people are actively looking for volunteering opportunities, which do not have the same demands of a job but allow them to be active, serve the community and also, for younger volunteers especially, gain both experience and CV material.

However, as a club we did not want to restrict the opportunity to people who were already established ‘volunteers’, and so advertised it to supporters too.

We would also like to clarify that although volunteers may not all see all of the game at which they are working, they will certainly have access when their duties are completed and they will also get clothing, refreshments and merchandise.

We also have numerous other incentives planned to ensure that once volunteers are here at the club, that they continue to come and help and enjoy the role.

In closing, it is important for us to attract people who want to perform the role, although of course the club will look to ensure that all volunteers are well looked after and are catered for, both to ensure they are happy in the role and, hopefully, want to continue to do it.

Experience doesn’t really pay the bills, unfortunately. Would three hours work at £10-an-hour every home game really break the bank? We suspect not.

Still, in the era of zero-hour contracts and unpaid positions being dressed up as a benevolent favour to the unemployed, attempting to lull fans into working on their own dime can hardly be considered out of step.