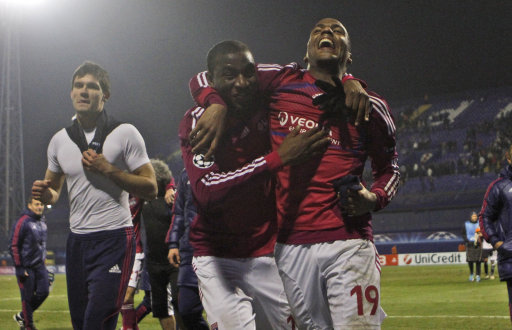 It looked like game over for Lyon in this year’s Champions League, after the French giants left themselves with an enormous task ahead of the final Group D matchday. Finding themselves three points behind second-placed Ajax, Remi Garde’s side needed to win their final game against Dinamo Zagreb and make up a goal difference of seven to make it to the last 16.

So to last night, and while Ajax were losing 3-0 away to Real Madrid, Lyon were on their way to an incredible 7-1 win which put them ahead of their Dutch rivals and into the last 16. Star of the show was French international Bafetimbi Gomis, who bagged four goals to fire his side into the knock-out stages.

After seeing his own side having a couple of perfectly good goals ruled out against Madrid and duly missing out on a place in the last 16, Ajax coach Frank de Boer said: “I know they (Lyon) were playing against ten men but I’ve also heard some of the goals were very easy. If something strange has happened, we can still prove it.”

ARJEL, the French online gaming authority, also smell a rat and have duly opened an investigation into the game.

Take a look at this footage, which doesn’t do any anything to quell the suspicion that something fishy went on. After Lisandro Lopez scored Lyon’s fifth goal, Zagreb player Domagoj Vida is clearly seen winking and giving a thumbs up in the direction of Gomis. See the video below… 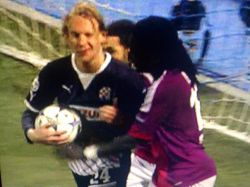 Dodgy with a capital ‘W’, ‘T’ and ‘F’. If Vida is in on some plot, why in the name of sweet baby Jesus would you draw any attention to it by winking half-way through the game?

Looks like Lyon’s place in the last 16 may not be as secure as first thought.