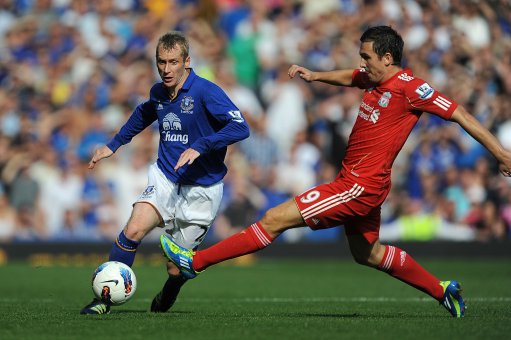 Ahead of Tuesday night’s Merseyside derby, a game which could see Everton boss David Moyes celebrate his 10th anniversary in charge at Goodison by watching his side leapfrog Liverpool in the league table courtesy of a win, the Scottish FA are making an official complaint about the scheduling of the game.

Only last month,  St Johnstone and Hearts were stopped from switching a Scottish Cup replay to a Thursday because it clashed with Europa League fixtures.  That decision cost both Scottish clubs £82,500 each. However, tonight, the Mersey derby, which is on live TV, will go head to head with Champions League action, which is in direct contravention of UEFA rules.

UEFA themselves are rather irked by the Premier League’s attitude on this matter, with a spokesperson saying:

“The English did not even consult us. The executive committee will now examine the case at the end of the season and sanctions could be taken against them. What these sanctions will be is impossible to say.”

Let’s see whether or not the Euro suits actually act on the English authorities’ bad behaviour. One imagines that, ultimately, they won’t.