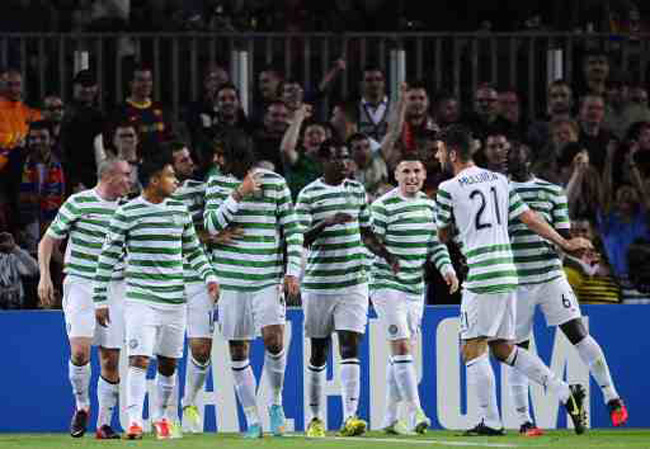 Poor old Celtic came within a Catalonian whisker of pulling off a magnificent draw in the Camp Nou/Nou Camp on Tuesday evening, only for a late late strike from Spanish Spoilsport Jordi Alba to win the game for Barca.

Neil Lennon’s charges went ahead on 18 minutes after Javier Mascherano deflected a Georgios Samaras header past the helpless Victor Valdes. And despite the expected onslaught, the Scottish side held firm up until the very last minute of the first-half, when he of ghostly pallor and magic feet, Andres Iniesta, levelled the scores for the home side.

After the break, Fraser Forster produced a number of superb stops to keep the Bhoys in the game, only for full-back Alba to finally make the breakthrough, finishing off Adriano’s centre to break Celtic hearts. Still, a fine display and one to give the SPL giants a right boost, as will the fact that, with Benfica losing away to Spartak Moscow, they find themselves in second place in Group G.