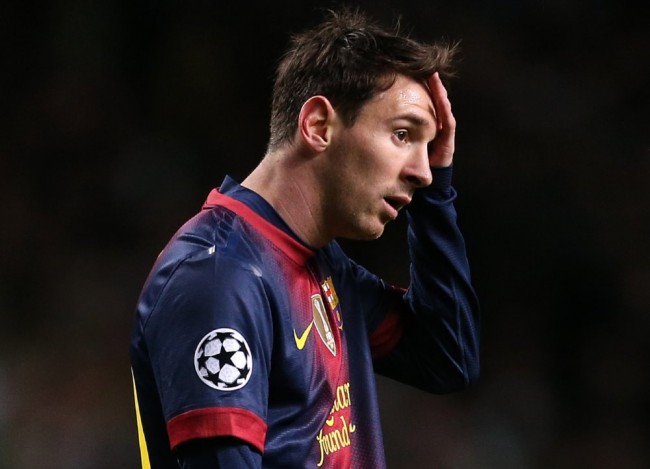 “I blacked out for a second there, what the hell just happened?”

They came mighty close to pulling off a shock result against Barcelona in the Nou Camp last month, but on Wednesday night at a truly rocking Parkhead, Celtic did it for real, defeating the all-conquering Catalans in a glorious 2-1 victory – their first defeat of the season.

While Barcelona got into their trademark passing groove from the off, it was the home side who took the lead, courtesy of a fine header from midfield hardman Victor Wanyama on 21 minutes.

For the majority of the rest of the clash, it was the visitors who threatened time and time again, wit h Celtic ‘keeper Fraser Forster producing another match-changing performance.

While Barca impressed after going a goal down, they were lucky to keep 11 players on the field of play, with former Arsenal man sailing close to the wind on a number of occasions, having already been booked early doors.

However, with just seven minutes left, young sub Tony Watt sent Parkhead totally wild when he calmly fired home after a long punt from Forster. There was still time for Lionel Messi to prod home a consolation strike, but the night well and truly belonged to Celtic.

Neil Lennon’s charges now find themselves second in Group G, two points behind Barca, but still only three points ahead of Benfica. There is much work still to be done, despite Wednesday’s momentous occasion.