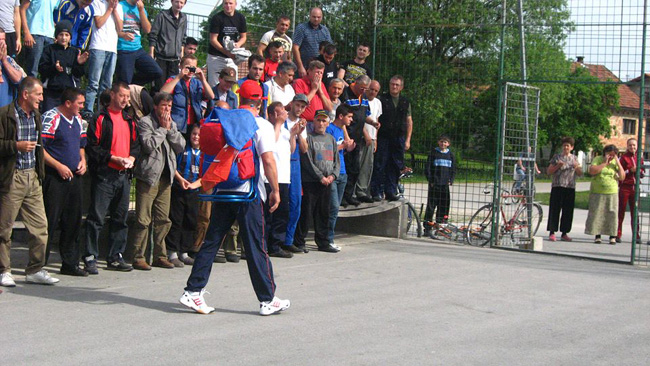 Unconvinced football fans usually promise to “eat my hat” or “run naked down the high-street” if their team goes and does something spectacular, but for Bayern Munich fan Vahid Cehaja, his promise involved a mammoth trek of 960 kilometres.

The Bosnian had vowed to walk from his hometown of Bugojno all the way to the Allianz Arena if his beloved Bayern Munich won the Champions League last season. And following their victory over Borussia Dortmund at Wembley, Cehaja stuck to his promise and made the journey on foot which took him through five different countries.

“In honour of the fifth title for Bayern, I went from Bugojno to Munich through five countries,” he said. “I wanted to show respect for those who have been around and won titles with Bayern.”

Impressive stuff! As an Arsenal fan I vow to raise a half-smile if Arsene Wenger actually buys anybody this summer.