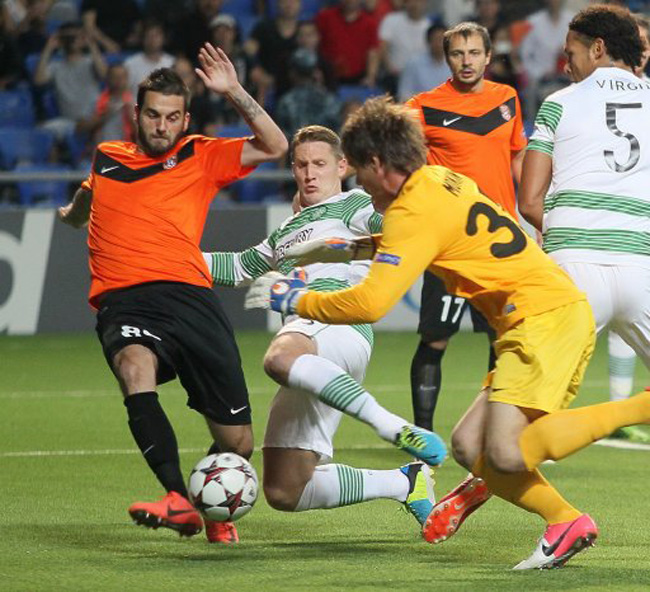 Neil Lennon’s Celtic side were left with a lot of work to do after going down 2-0 away at Shakhter Karagandy in Tuesday night’s Champions League qualifier first-leg.

Playing on an artifical surface, the SPL giants went a goal down after just 12 minutes, courtesy of Andrei Finonchenko’s close-range effort. However, the visitors fought back and went close on a number of occasions, with Kris Commons hitting the woodwork. But ultimately, it would be the Kazakh side who would score again, when Sergey Khizhnichenko nodded in his side’s second of the night on 77 minutes.

The result sees the Bhoys with it all to do on home soil next week.