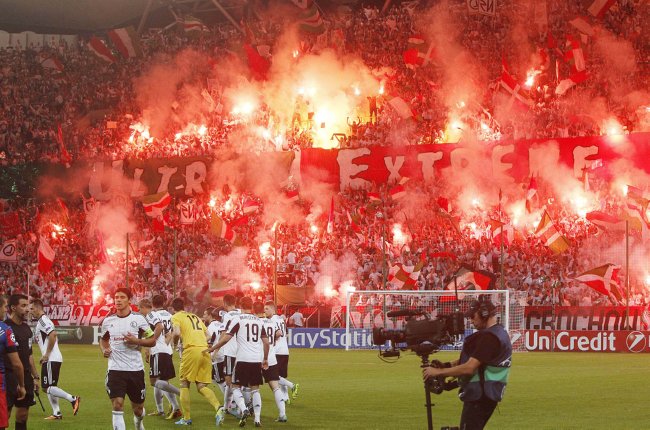 Earlier in the month, Polish champions Legia Warsaw were ordered by UEFA to pay a fine of €30,000 and close the north stand of their Stadion Wojska Polskiego (i.e, the terrace where the Ultras congregate) for the home leg of their Champions League play-off against Steaua Bucharest after the club’s fans were found guilty of “racist behaviour” during clashes with The New Saints supporters in the previous round.

Sure enough, the north stand was cordoned off for the second leg of the Steaua play-off, and the Legia fans took the opportunity before the game of demonstrating exactly what they thought of UEFA’s sanctions by staging an absolutely insane pyrotechnic eruption centred around a huge banner which read “Ultra Extreme Fanatical Atmosphere”…

Kind of impressive, right up until the point you remember they’re protesting against UEFA sanctioning them for racism.

For the record, Legia promptly then went out on away goals.