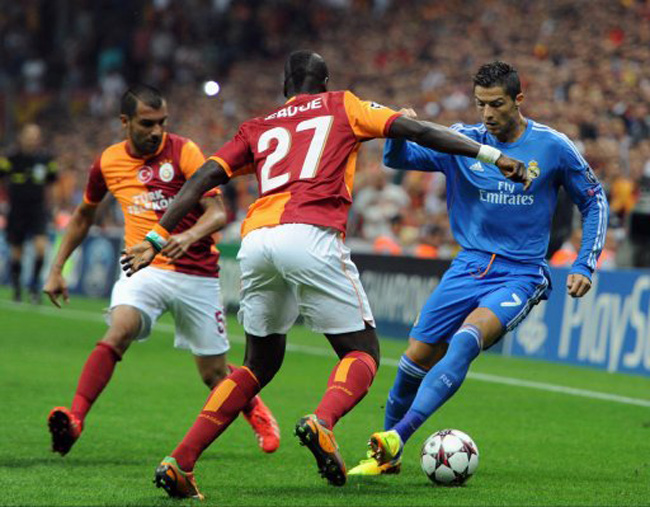 Fresh from signing his new contract with Real Madrid, Cristiano Ronaldo once again showed why is one of the greatest footballers to ever play the game, bagging a majestic hat-trick as Los Merengues strolled to a 6-1 win in Istanbul.

Despite having seasoned stars such as Didier Drogba and Wesley Sneijder in their ranks, Gala simply couldn’t live with their Spanish opponents. Ronaldo’s hat-trick came in the second-half, with his third a thing of dazzling, dribbling beauty while goals from Isco (a wonderful solo effort) and a brace from Karim Benzema capped off a fine display from the La Liga giants.

Gareth Bale came off the bench in the second period and had a hand in a couple of goals while Umut Bulut netted a consolation strike for the Turks. However, there was one negative for the Spaniards, with Iker Casillas, back in the starting line-up after a long time out of favour, having to go off early with a back injury.