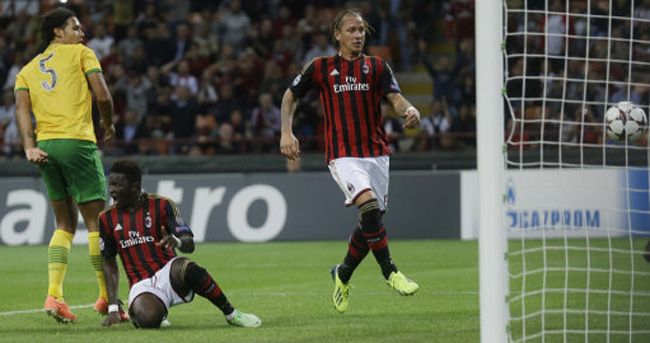 Despite pushing Milan all the way on Wednesday night, Celtic came away with nothing from the San Siro after conceding two late goals.

For most of the game, the Bhoys matched their Serie A counterparts, with both Georgios Samaras and Anthony Stokes going close. But then on 82 minutes, a Cristian Zapata shot was deflected past Fraser Forster by the unfortunate Emilio Izaguirre before ex-Portsmouth man Sulley Muntari sealed the deal for the Rossoneri , and that was that.

Despite the result, Celtic boss Neil Lennon is sure to be satisfied with his side’s display which bodes well for the rest of the season.