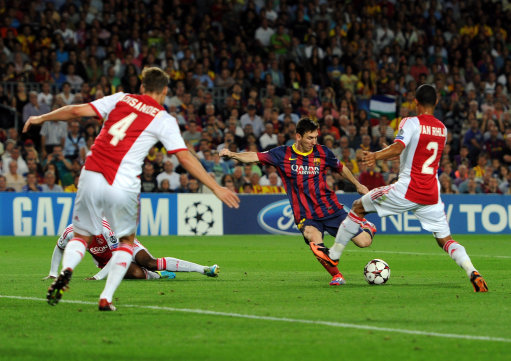 Lionel Messi and Cristiano Ronaldo must be some sort of footballing aliens, as they so far ahead of every other footballer on the planet. After Ronaldo’s superb hat-trick against Galatasray last night, Lionel Messi decided to get in on the act against Ajax at the Nou Camp on Wednesday evening, netting three of his own in Barca’s 4-0 victory. Outstanding.