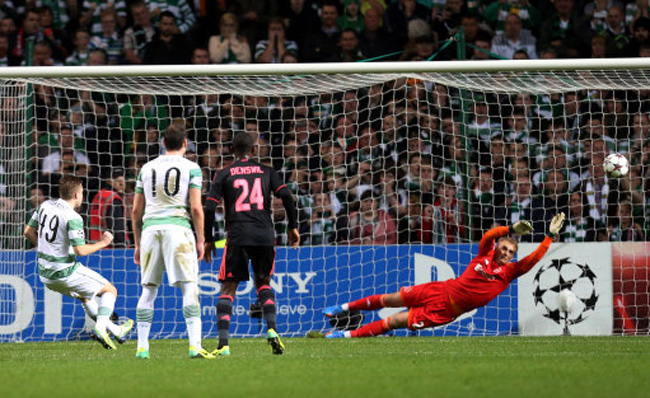 Celtic produced a superb display at home to Ajax on Tuesday night, securing a deserved victory against the Dutch side to keep them well in the hunt for a place in the last 16 of the competition.

James Forrest netted the vital first goal from the penalty spot on the stroke of half-time, after Anthony Stokes had been fouled by Stefano Denswil. That goal came after a very even first period but after the break, the Bhoys started to take control of the game and eventually went 2-0 up, courtesy of a deflected effort from Beram Kayal.

The visitors did stage a fightback late on, helped by the sending-off of Nir Biton, and got a goal back right at the death, courtesy of Lasse Schone, but it was too little too late.

Celtic are now third in Group H, four points behind Barcelona and two behind Milan.