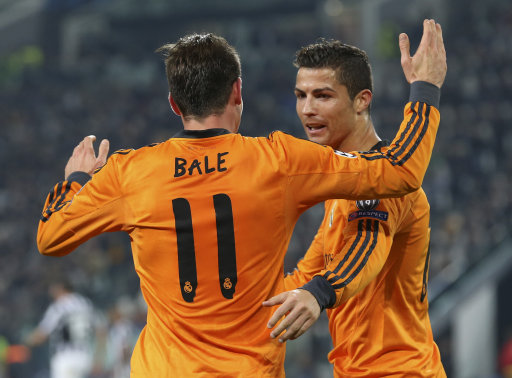 In the act of grabbing Real Madrid’s first goal of the night in their 2-2 draw with Juventus in Turin last night, Cristiano Ronaldo finally got round to breaking one of Lionel Messi’s many, many performance records – overtaking the Barcelona man in the ‘most Champions League goals scored in a calendar year’ stakes.

Yes indeedy. With his goal against Juve, Ronaldo moved on to 14 goals scored in the competition in 2013 (he already has eight in just four games so far this campaign) which is one more than the previous record of 13, set by Messi in 2012.

And lo, witness the future of football: Ronaldo and Messi going tit for tat, systematically breaking then re-breaking records between them for the rest of bloody time.