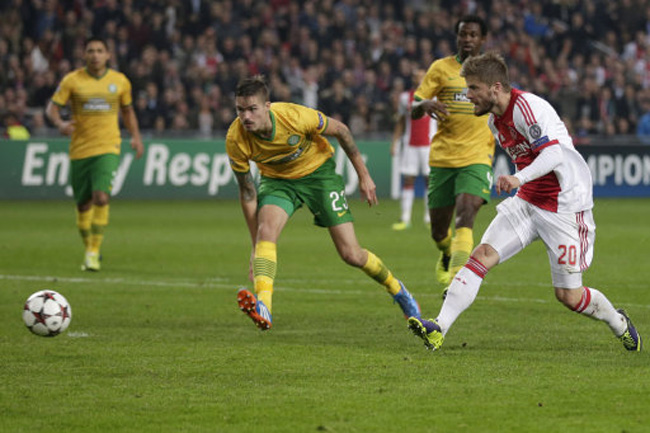 Celtic were deservedly beaten in Amsterdam on Wednesday night after a flaccid display which leaves the Bhoys bottom of Group H.

Neil Lennon’s men failed to recapture the spark which brought them a victory against Ajax in Glasgow, instead producing a display which rarely threatened to trouble the Dutch giants.

Ajax’s goal came early on in the second-half, when Lasse Schone finished off a superb trademark passing move to put the home side 1-0 up. Indeed, Ajax should have won by more, only for some superb goalkeeping from Fraser Forster. However, Forster and his team-mates now find themselves bottom of the group with three points, leaving the Hoops with it all to do if they are to make it to the last 16.