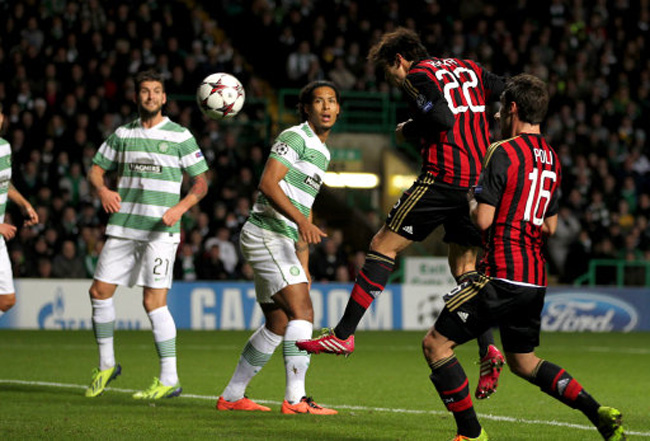 This is far, far, far from being a top class Milan side but on Tuesday night in Glasgow, the Rossoneri outclassed Celtic courtesy of a 3-0 win, a result that knocks the Scots out of European football for another season.

Once considered the greatest player in the world, Brazilian playmaker Kaka headed home the only goal of an entertaining first-half but after the break, the visitors moved up the gears, with goals fro Cristian Zapata and Mario Balotelli putting Celtic to the sword.

All three Milan goals were helped by some awful defending by the Hoops while at the other end, the home side rarely threatened Christian Abbiati in the Italians’ goal.