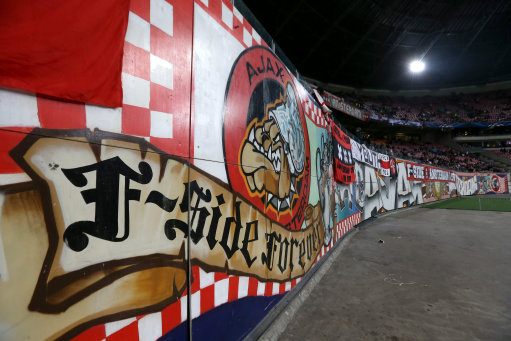 According to the Amsterdam Police force via their official Twitter feed, an Ajax fan was “seriously injured” during last night’s famous 2-1 Champions League victory over Barcelona when he fell head-first over the perimeter wall around the pitch at the Amsterdam Arena.

The poor bloke fell around five metres (16ft) after Danny Hoesen scored for the Dutch side, landing on his face and lying motionless until paramedics rushed to his aid as blood pooled on the ground. He suffered serious head injuries and was taken to hospital, though we are yet to receive a decisive update on his current condition.

According to BBC Sport, apparently the two ambulances that were dispatched to the scene collided with each other on the way into the stadium before one finally made it through to the scene. 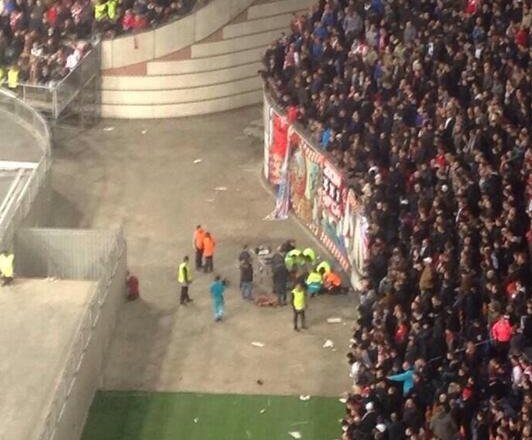 There are a few nasty, blood-spattered images of the aftermath of the Ajax fan’s fall dotted around on the internet this morning but, frankly, they’re just too grizzly for us to include here. Should you wish to see them, 101GG have links to some of the more graphic images.