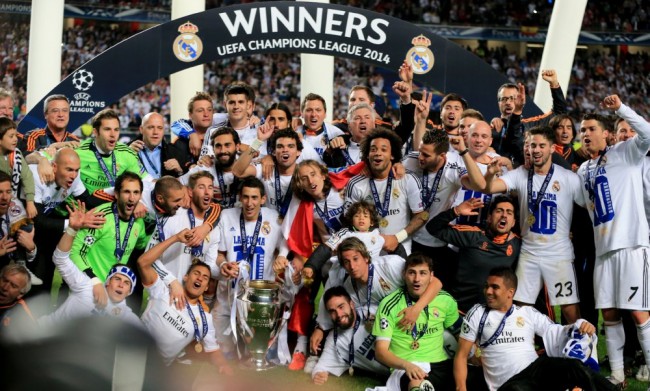 Diego Simeone’s gamble on the fitness of Diego Costa lasted roughly nine minutes, with the striker (who twanged his hamstring against Barcelona a week ago) limping off and decimating the share prices of miracle Serbian horse placenta in the process.

Roughly half-an-hour later, Atleti found themselves 0-1 up when Diego Godin sent a limp header looping over Iker Casillas, who had expertly positioned himself in no-man’s-land as the Uruguayan defender’s shot bobbled over his goal-line.

What followed was 54 minutes of intense, intent Atleti defending, with the entire team coagulating on the edge of their own penalty area and inviting Real to try and break through their staunch Rojiblanco battalion. 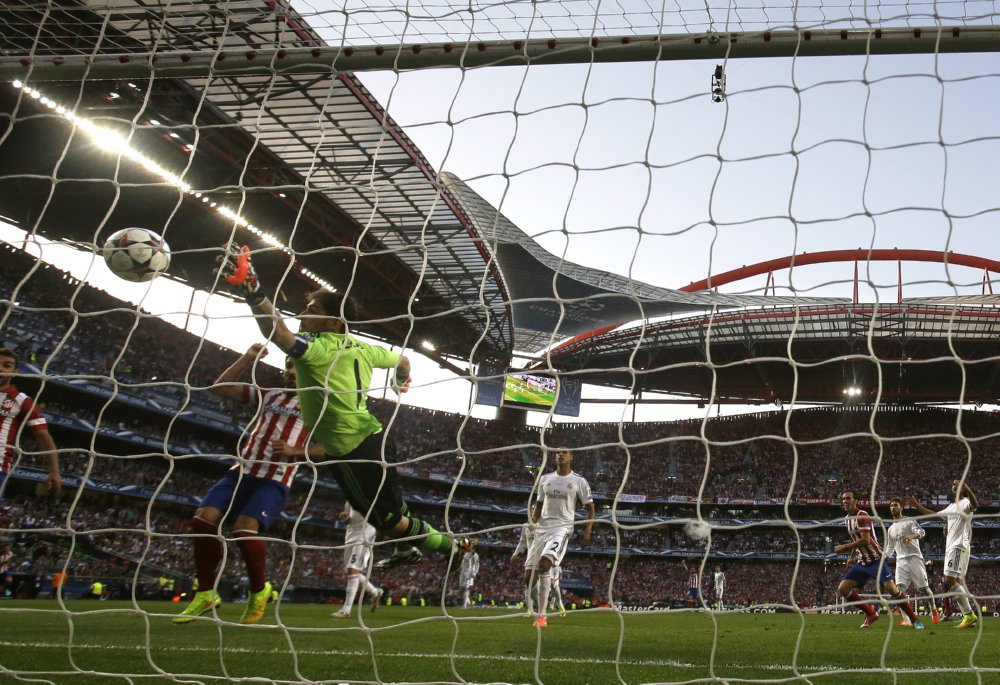 It looked for all the world like Simeone’s footsoldiers were going to do a number on their bourgeois royal rivals until Sergio Ramos popped up to head home a dramatic 90th-minute equaliser and ensure that he would end the season with more goals than red cards for the first time in years and years.

Extra-time was ushered in and Atleti, visibly knackered, capitulated as Real ran riot for the final stretch – Gareth Bale finally getting something right by heading Real ahead before Marcelo and a penalty from the unusually quiet Cristiano Ronaldo fleshed out the result in the 188th and 120th minute respectively.

For anyone still perplexed as to why Diego Simeone tore onto the pitch at the final whistle with the intent of mashing Raphael Varane to a mushy pulp, this is why…

A little bit pathetic all around, no?