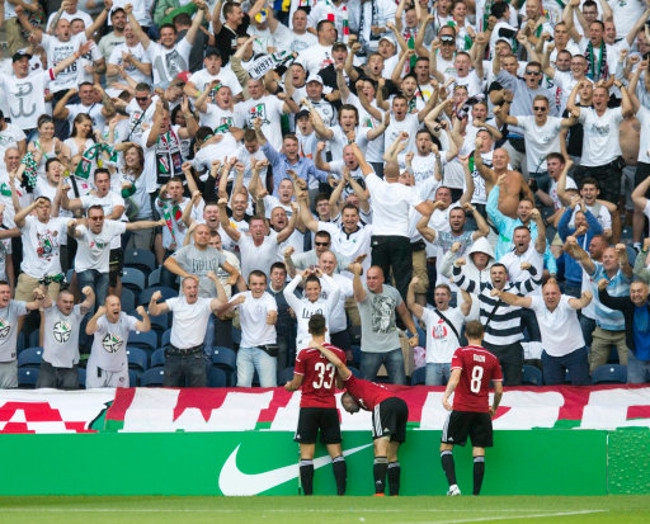 After losing 4-1 away in Poland in the first leg, it was always going to be difficult for Celtic to keep their Champions League hopes alive at Murrayfield. However, to go down 2-0 on home soil will have many Hoops’ fans already questioning the wisdom of new boss Ronny Deila.

Michal Zyro and Michal Kucharczyk were the scorers for Henning Berg’s side who looked comfortable against a lacklustre Celtic side.

The result means the Bhoys miss out on Champions League proper football for the first time in three seasons and that failure to mix it with Europe’s big boys will also be a huge financial blow to the Scottish giants. While one wonders if some of the club’s star players will now start looking for a move elsewhere.

The club can still qualify for the Europa League but going down 6-1 on aggregate to inferior opposition is sure to hurt the Celtic faithful.