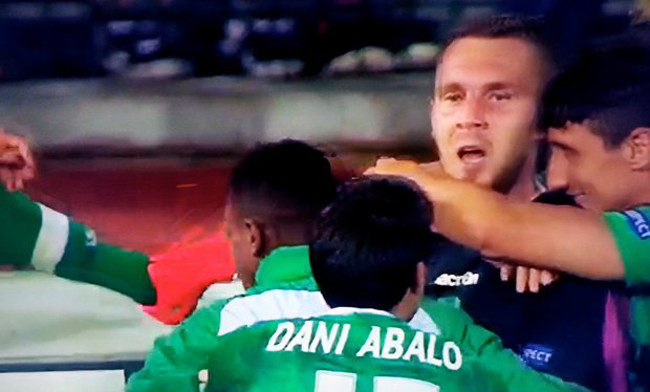 After Arsenal had made it through to the Group Stages of the Champions League courtesy of a dramatic second-half at the Emirates, focus switched from London to the Bulgarian city of Razgrad  were local side Ludogorets were battling it out with Romanian giants Steaua Bucharest.

With the visitors all set to go through courtesy of a 1-0 aggregate scoreline, the Bulgarian’s bagged a  last-gasp equaliser to keep the tie alive. Then, the hosts’ ‘keeper Vladislav Stoyanov  was sent off in extra-time, leaving centre-half Cosmin Moti to keep goal for the subsequent penalty shoot-out.

You might not expect a centre-half to come up with the goods between the posts, but Moti produced a super-hero performance, netting his own penalty before saving two. His second save secured the historic win for the Bulgarians and instantly made the 29-year-old Moti a footballing legend!

To add to the drama of all this, Moti is Romanian and used to play for Steaua’s bitter rivals, Dinamo Bucharest!

Here are his goal and his two saves in one east to swallow Vine. What a man!