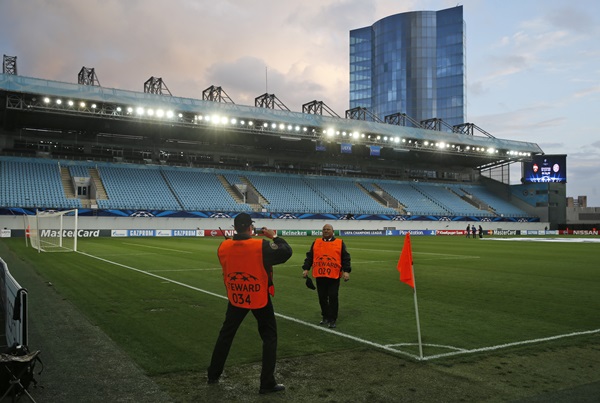 With UEFA ordering CSKA Moscow to play tonight’s Champions League group tie against Bayern Munich behind closed doors due to their fans being all racist and fascist and stuff during a game against Viktoria Plzen last December, a small group of Bayern fans have had to go to extremes in order to watch their beloved side in action.

Having previously informed German magazine 11 Freunde of their fiendishly clever plan, a group of around 70 or so Bayern fans made the 2,300-mile trip to Russia despite being perfectly aware of the fact that they wouldn’t be allowed into CSKA’s Arena Khimki once they arrived.

No matter, for the Bayern fans – of supporter’s group Red Munich 89 – pooled their resources and spent “a few thousand euros” hiring out an office (possibly in the swanky tower block you see in the background of the photo above) and are currently watching the game from there…