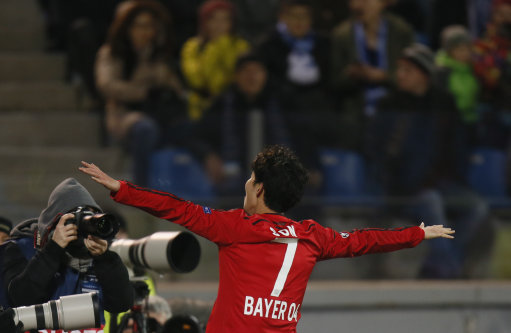 Enjoying some rare old form so far this season with 10 goals to his name already in the space of 17 appearances, Heung-min Son played a blinder in Bayer Leverkusen’s hard-fought victory over Zenit in St. Petersburg last night.

The South Korean forward scored both goals in a 2-1 win for the German side, with the first being a really rather beautiful, nigh-on textbook example of the “straight from the training ground” set-piece genre…

Damn, that’s some perfectly honed and crafted juju right there!

In fact, there’s almost definitely a “take a bow Son” punchline in there somewhere.