Barcelona were crowned European Champions for the fifth time after beating Juventus 3-1 in an enthralling final in Berlin.

The Catalans opened the scoring after just four minutes, courtesy of a trademark passing move, which saw Ivan Rakitic fire home from an Andres Iniesta pass.

Indeed, that goal saw every Barca outfield player bar Luis Suarez touch the ball before it ended up in the back of Gigi Buffon’s net. 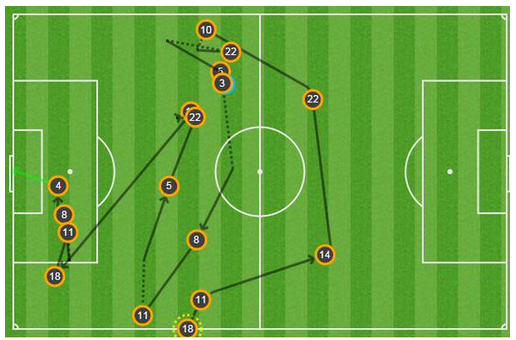 As the first-half progressed, Juve were stretched by a rampant Barcelona side, with Arturo Vidal amongst others, pushing the patience of the referee with a number of crunching challenges.

The Italians did sporadically threaten the Barca goal.

The Spaniards still always looked capable of scoring, with Buffon making a magnificent save from Dani Alves.

However, after the break, Barcelona’s failure to add to their one early goal would come back to haunt them, with ex-Real Madrid striker Alvaro Morata netting after Marc-Andre ter-Stegen could only parry Carlos Tevez’s shot.

Central to that equaliser was a superb back-heeled pass from Claudio Marchisio which set Stephan Lichtsteiner free down the right.

Suddenly, the momentum swung in Juve’s favour. However, the decision by the ref not to award a penalty when Paul Pogba was wrestled to the ground by Dani Alves proved pivotal.

Soon after, Barcelona launched a swift counter-attack which ended with Luis Suarez firing home after Buffon parried a shot from Lionel Messi.

Another counter-attack then saw Barca seal the deal via Neymar with the last kick of the game to make it 3-1. And that was that.

Luis Enrique’s side thus made it a La Liga/Copa Del Rey/Champions League treble with the Catalan giants becoming the first side to win the treble on two occasions.

As for Juventus, and a rather sad Pirlo, they can look back on a fine season where, along with a domestic double, they have finally returned to Europe’s top-table.