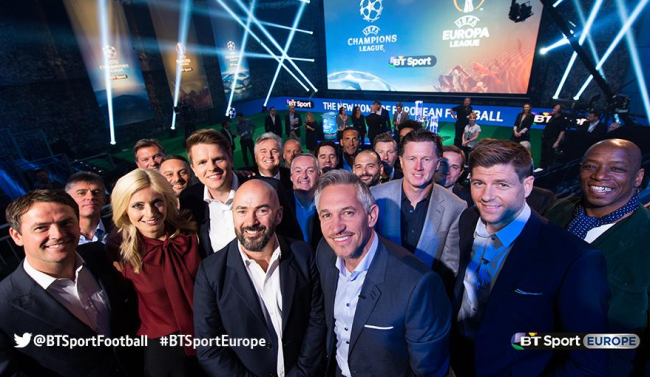 BT Sport have unveiled their new presenting and punditry stable as they move into their brave new Champions League era and bloody hell it looks like they’re chucking some money at it!

As you’ve likely heard, Gary Lineker has taken a pay-cut with the BBC to take the gig fronting BT’s Champions League coverage next season, leaving Jake Humphrey to carry on with the Premier League stuff.

Make of all this what you will.

As somebody who has been ground down and now steadfastly refuses to sit through any of the po-faced and utterly superfluous ‘analysis’ we’re bombarded with before and after games these days, I quite honestly couldn’t care less if Keith Chegwin was fronting BT’s football coverage next season.