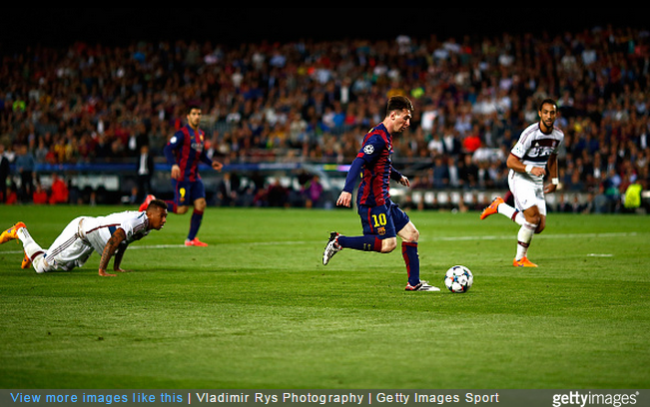 Lionel Messi’s cracking solo effort against Bayern Munich in the semi-finals of the Champions League has beaten a seriously strong field to be crowned UEFA Goal of the Season for 2014/15, as voted for by UEFA.com users.

Personally, we’d have given it to Aaron Ramsey for his silken volley against Galatasaray, but hey ho.

There’s one Jerome Boateng could do without seeing ever again. Poor sap ended up with his legs in reef knots.

Indeed, if you recall, the internet wasn’t overly kind to him in the aftermath!