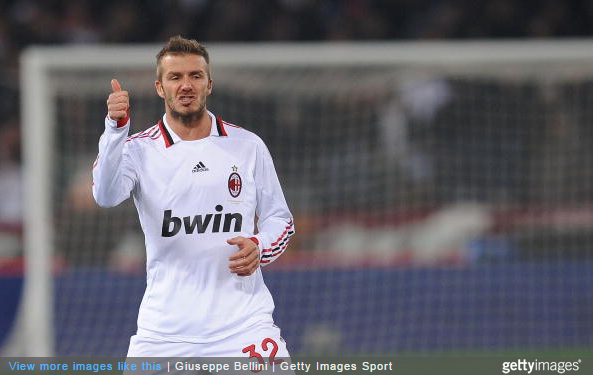 Having plugged away tirelessly over the past decade or so to overturn the ‘Essex bimbo’ persona that blighted his early professional career, David Beckham let a classic gaffe slip while opening the new Adidas store in Dubai yesterday.

Asked who he thought would win the Champions League this year, Becks took a moment to think before diplomatically proffering forth three of his former employers.

I’m going to have to say Manchester United, PSG or AC Milan – one of those three.

While United and PSG both represent fairly bold predictions, it’s the third and final option that has caused much mirth – if only for the simple fact that Milan haven’t even qualified for this year’s Champions League.

Not only that, but the Rossoneri weren’t in it last season either, having now failed to qualify for Europe’s elite competition for two years on the bounce.