Manchester City booked their place in the Last 16 of the Champions League after beating Sevilla 3-1 in Spain on Tuesday night. 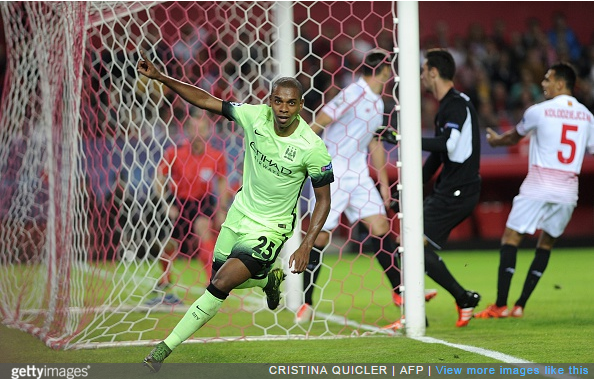 The visitors started superbly and were ahead after just eight minutes when Raheem Sterling bagged his first-ever Champions League goal.

The hosts couldn’t live with the Citizens’ blistering start and went 2-0 down just three minutes later, with Fernandinho heading home.

City continued to pepper Rico González’s goal with shots, but it was the La Liga side who would score next, with an unmarked Benoit Tremoulinas making it 2-1.

However, the Citizens soon reinstated their two-goal advantage, with Wilfried Bony scoring from a Navas centre.

After the break, Unai Emery’s side failed to muster any kind of comeback, with the Citizens looking the more likely to score again.

Yaya Touré, Bony and Sterling then all went close in the second-period as the Premier League leaders ultimately ran out very comfortable 3-1 victors.

The win sees City book their place in the knockout stages of the competition, as they look to finally show their worth on the European stage.