A Mario Mandzukic goal was enough to seal victory for Juventus against Manchester City and send them through to the last 16, along with the Citizens. 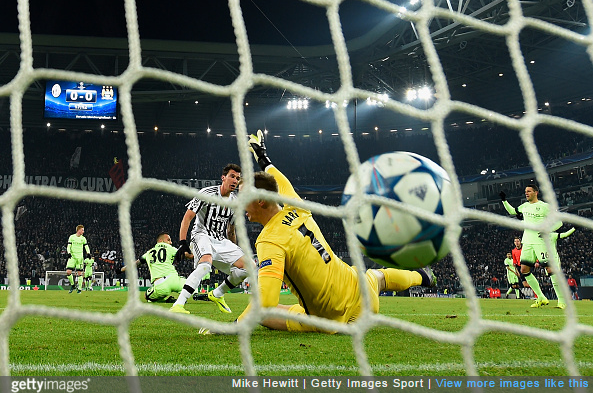 City did have a chance to open the scoring early on, only for Fernandinho to fire over from close-range. Then, on 18 minutes, Croatian striker Mandzukic volleyed home to put the hosts ahead. Involved in that opener was Paul Pogba, with the former Manchester United man impressive throughout.

After the break, Fernando saw his header saved onto the post by Gigi Buffon while at the other end, midfielder Stefano Sturaro hit the frame of the goal for the Serie A giants. The Citizens created enough chances to get something out of the game and they did have a superb opportunity late on, only for Raheem Sterling fluffing his lines when he really should’ve scored, leaving Juve to claim the victory.