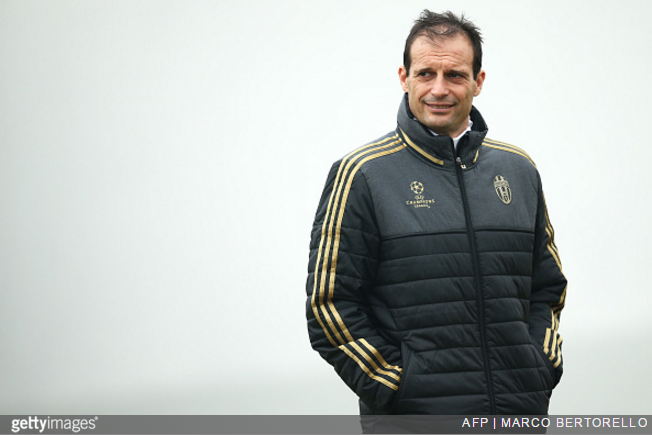 When the plastic mini-footballs of outrageous fortune saddled Juventus with a Champions League last 16 tie against Bayern Munich in Nyon yesterday, there were precious few in the Bianconeri camp relishing the prospect of going up against one of the very best club sides in world football.

However, coach Massimiliano Allegri took an altogether more philosophical bent, musing that should Juve somehow manage to oust Bayern in the last 16, their impending run to the final would feel like a cake walk in comparison.

“At least this way we would be getting rid of the biggest threat immediately,” Allegri quipped to Tuttosport, presumably with a single tear running softly down his cheek.

The Juve boss also cemented his positive take on the situation on Twitter immediately after the draw.

Having just been faced with a seemingly insurmountable task, Allegri chose to quote from a two-foot tall green scrotum to sum up his feelings on the matter.

May the force be with you, Mass. Something tells us you’re going to bloody well need it, sunshine!