Juanfran missed the crucial spot-kick for Atletico and after the game, the full-back was distraught, apologising to to the travelling Rojiblancos fans. 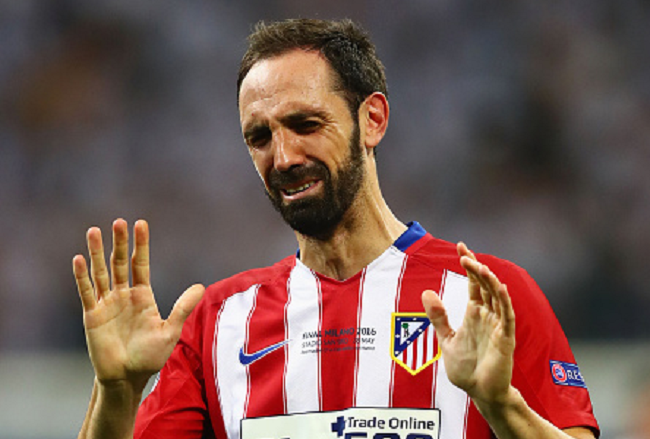 Sergio Ramos’ early goal was ultimately cancelled out by sub Yannick Carrasco late, while Antoine Griezmann also missed a penalty for Diego Simeone’s side. However, after extra-time stalemate, it all came down to the dreaded penalty shoot-out. And with the score at 4-3, Juanfran fired his effort against the post, leaving Ronaldo to seal the title for Zinedine Zidane’s charges.

Juanfran won’t be sleeping for at least a week now. #UCLfinal pic.twitter.com/unieWRDHO6

After the game, poor old Juanfran was understandably devastated, and went to the Atletico fans to apologise. However, in response, the fans gave the Spanish international a standing ovation…