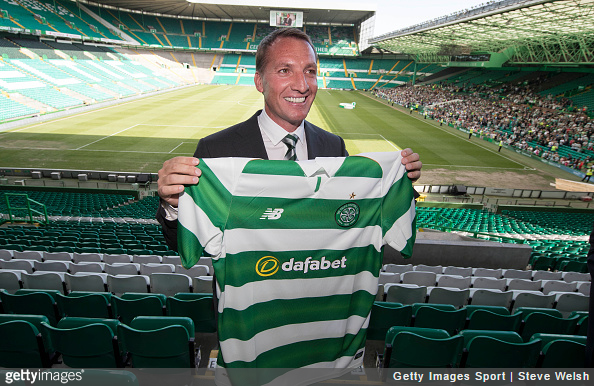 “I look forward to disgracing this as soon as possible…”

Celtic suffered what is widely being referred to as the ‘worst defeat in the club’s history’ in Brendan Rodgers’ first game in charge last night, slumping to a 1-0 defeat against Gibraltar’s finest, Lincoln Red Imps, in a Champions League qualifier.

Celtic were undone by a single goal from Lee Casciaro, a 34-year-old part-time policeman who has now scored against both the Scottish champions and the Scottish national side in the space of 15 months.

Brilliantly, Rodgers assured everybody that there was no shame in being turned over by a team of part-timers and semi-pros after the game, telling BBC Sportsound:

It gives us a bit of work to do in the second leg… There’s obviously disappointment… There’s no embarrassment.

Just a timely reminder that Lincoln’s left-back was driving his taxi until 1pm on matchday.

Yep. That’s really quite embarrassing in our book.