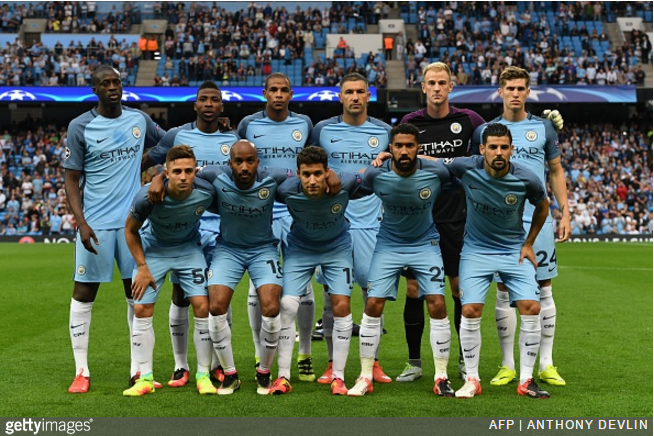 Having slogged through several rounds of preliminary play-offs, UEFA went and welcomed all 10 teams that made it through qualifying to reach the group stage by telling them to ‘f**k off’.

In a Tweet posted on the official Champions League Twitter account, an emoji mix-up saw UEFA usher Man City, Celtic, Borussia Monchengladbach, Porto, Monaco, Ludogorets, Rostov, Copenhagen, Legia Warsaw and Dinamo Zagreb through to the next stage with a rather insulting assessment of their respective achievements… 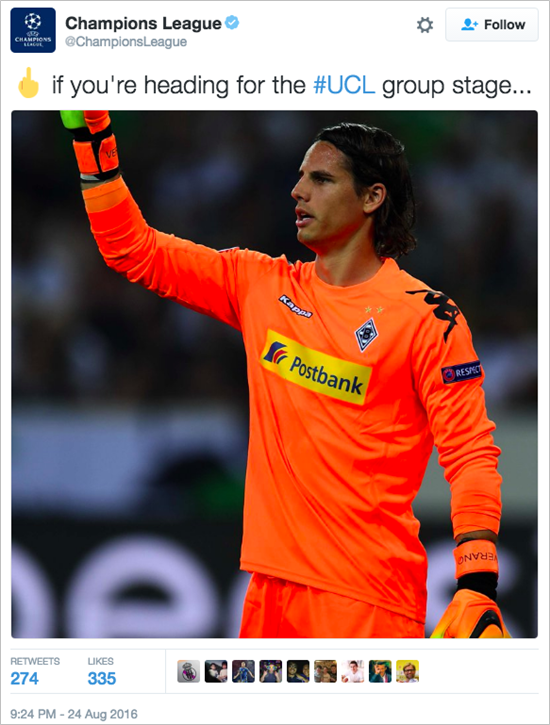 Alongside a photo of Monchengladbach ‘keeper Yann Sommer in action during his side’s 6-1 battering of Young Boys, the Champions League account attempted to add a ‘thumbs up’ emoji to their congratulatory message.

Sadly, what they actually succeeded in doing was tacking on the ‘giant middle finger’ emoji instead.