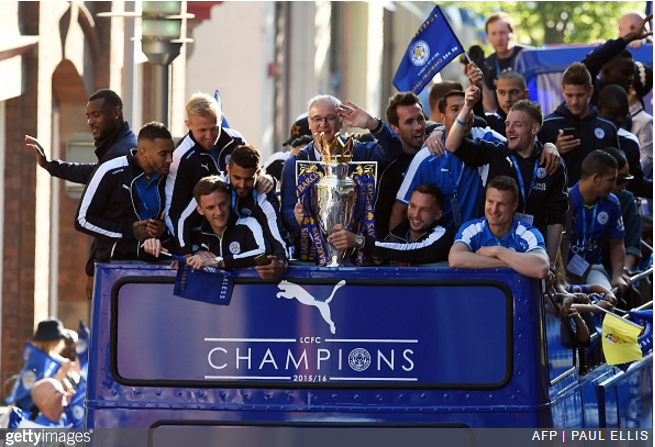 As you may be aware, Leicester City won the Premier League title last season.

As a direct result, they found themselves lumped into Pot 1 for the Champions League group stage draw alongside the likes of established heavyweights Barcelona, Real Madrid, Bayern Munich, Juventus and PSG.

After the obligatory and ever extending period of pre- and mid-draw UEFA guff, the balls were plucked from the perspex pots of destiny and the Foxes’ reward for storming the big boys’ table is a group consisting of themselves and Porto, Club Brugge and Copenhagen. No bother.

If Leicester acclimatise quickly to the pomp and circumstance of the Big Cup™, there’s no reason for them not to squeak through from that group. Their draw really couldn’t have been much more favourable if it had been rigged.

Obviously, Barca-Man City will be insufferable for ‘Pep narrative’ reasons, while Arsenal and Spurs shouldn’t have much trouble finishing second in their respective groups – thus ensuring they both go out in the second round as nature intended.

Any thoughts on this year’s draw, Pies fans?