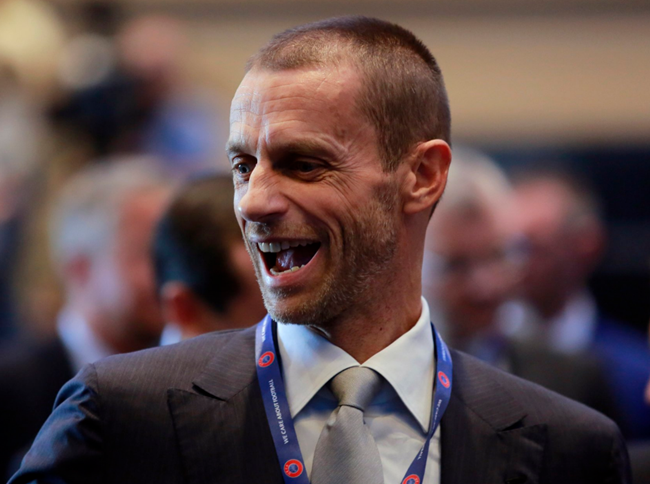 UEFA have gone and appointed themselves a brand new funky president in the shape of that bloke up there, Aleksander Ceferin.

The 48-year-old Slovenian, who will remain head of his country’s Football Association, took 42 of the 55 votes to seal the deal and replace Michel Platini (whatever happened to him?) at the top of the European footballing tree for the remainder of the deposed Frenchman’s term of office, until 2019.

Dear friends, thank for your fantastic support. It’s a great honour but at the same time great responsibility.

It means a lot to me, it means me and my family are very proud.

My small and beautiful Slovenia is also very proud about it. Thank you very much.

Ceferin has already outlined his goals for UEFA, which include clamping down on match-fixing and changing the bidding processes for the Champions League, Europa League and the European Championships.

He’s also expected to have a stab at renegotiating the terms of the controversial recent decision to ring-fence four guaranteed Champions League spots for the top four leagues in Europe (England, Germany, Spain and Italy) from the start of the 2018/19 season.