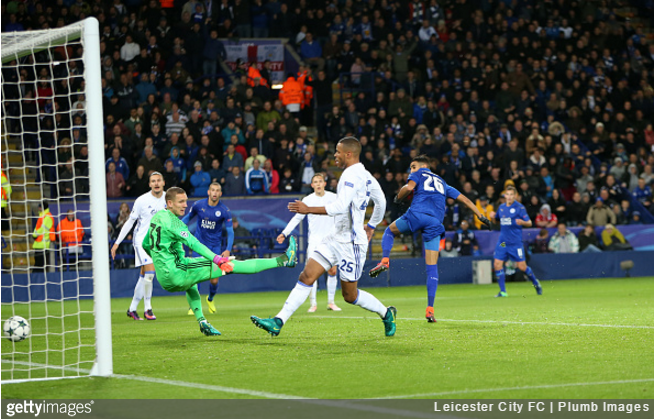 Leicester City just about maintained their impressive 100% start to their maiden Champions League campaign with a slim 1-0 victory over FC Copenhagen at the King Power.

A single goal from Riyad Mahrez proved enough to make it three wins from three for the Foxes, thus moving them to within one more victory of sealing a place in the knockouts.

That said, Leicester did come perilously close to conceding a last-minute equaliser, only for Kaspar Schmeichel to deflect away Andreas Cornelius’ barrelling shot with a superb reaction save…

So that’s three games played, three games won and zero goals conceded for Claudio Ranieri’s side in Europe so far. Not too shabby.

Indeed, they actually have more points (9) in the Champions League than they do on the domestic front (8) at the moment. Looks like that balance is proving as elusive as many feared.

Still, having won the title last time out, you can probably forgive them for being a little blasé about the Premier League this season.