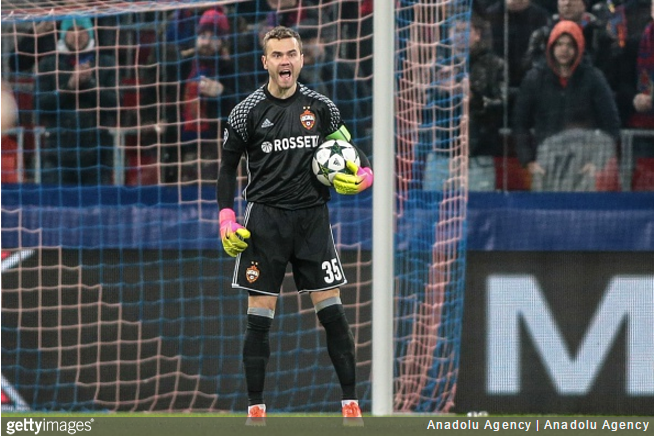 With CSKA leading Monaco by a goal to nil, it looked as though Akinfeev was about to keep a clean sheet in the competition for the first time in almost a decade.

Alas, just as CSKA fans began hanging up the bunting and lighting the candles on the cake, Monaco went and piddled all over the parade by scoring an 88th-minute equaliser.

Indeed, we are now closing in on the tenth anniversary of the last time the Russian stopper managed to go for a full game without conceding…